My Son Found a Four-Leaf Clover! 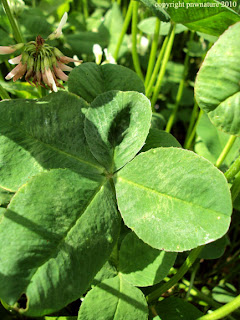 I would like to announce that my older son found his first four-leaf clover yesterday. He found it in the lovely field of clover up by the Hill Ward memorial at Fort Steilacoom Park, Lakewood, WA. If you, too, want to find a four-leaf clover, that is a great place to look, and I wish you much luck. ;)

Finding a four-leaf clover is a special occasion because they aren't very common. According to Wikipedia, estimates say there are approximately 10,000 three-leaf clovers for every four-leaf clover. Of course if you can find a nice field of clover, you'll have many clover to look through, so don't give up hope. This article says there is even a guy who claims to have found 160,000 clovers.

Clovers can have more than four leaves, too, a lot more. Wikpedia says that "the most ever recorded is twenty-one, a record set in June 2008." So if you are wanting to break a world record, keep that in mind.

Traditionally, finding a four-leaf clover is supposed to bring good luck. Wikipedia says, that "according to legend, each leaf represents something: the first is for hope, the second is for faith, the third is for love, and the fourth is for luck." That's interesting because in the Bible in I Corinthians 13:13 (isn't that funny that it's at "13:13" considering we are talking about luck ;)) it says, "And now these three remain: faith, hope and love. But the greatest of these is love" (NIV ©1984). Our family doesn't actually believe in luck, for we believe that God is in control, that He is a good God, and that He wants what is best for us. So that is where our hope lies. But finding a four-leaf clover is sure a fun accomplishment! :D 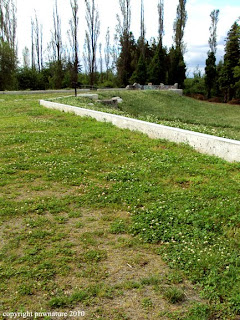 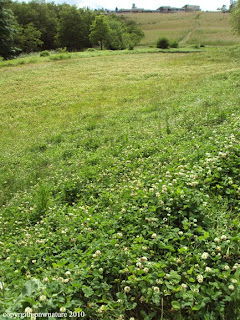 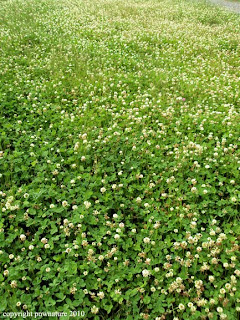 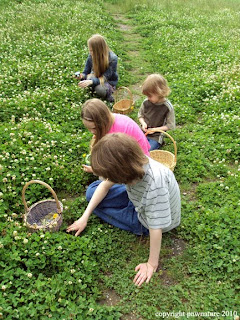 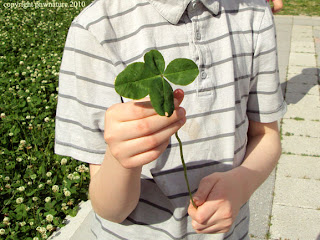