Barn Hearts and the Missing Swallows

By the early 1900's the farm had grown to about 200 acres. Hospital patients worked at the farm as part of their occupational therapy. My mom told me that many years ago she used to do the hair of a lady who was in charge of overseeing that at the hospital, and the lady felt that the farming activities helped the patients at the hospital. As times changed, it ended up costing too much to keep the farm operations going, and farming ceased there in 1965.

Each barn is different, and the barns have amazing character.  The Blue Barn is a brick barn with a wooden part at the top which is painted blue.  For some reason, people seem to like to write hearts on the outside brick walls of the Blue Barn. 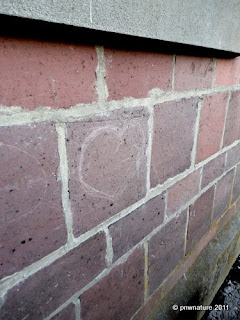 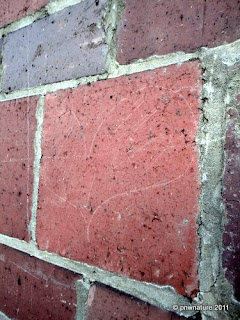 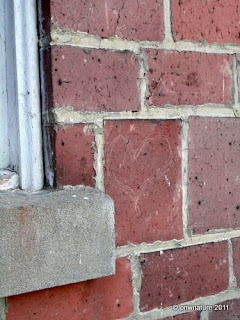 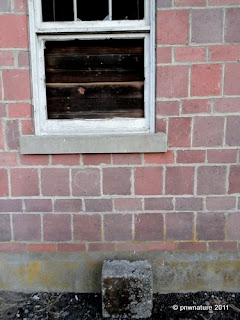 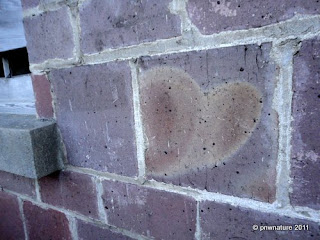 You can see this past post for more pictures of the Blue Barn.

I also wanted to mention that earlier this month when we visited the twin barns (also at Fort Steilacoom Park) with the double silos, the cliff swallows I mentioned in an earlier post were mostly gone.  Yesterday we didn't hear or see any of them.  I was so sad at first and afraid something had happened to them.  I think, though, they have just migrated South. According to birdweb.com's page about cliff swallows, they migrate "to and from southern South America in large flocks, over a considerable period of time. . . . The date of fall departure varies from year to year, although fall migration typically begins by early August, soon after the young become independent."   I hope they return next year!


Here is a past post which contains more pictures of the double barns with the double silos.  This post shows the cliff swallows.  Also check out the "barns" tag to see more barns at Fort Steilacoom Park.