We've seen about six queen ants this year. Yesterday my ten year old son took pictures of one. I'll post three of his pictures below, and here are a couple quotes about queen ants from Wikipedia.

A queen ant is an adult, reproducing female ant in an ant colony; generally she will be the mother of all the other ants in that colony.

The anatomy of a queen ant is very similar to other ants of that particular species, however, they noticeably are larger than the rest of the ants in the colony. As with other ants, queens have a hard outer covering called the exoskeleton, and their bodies are divided into three main sections: the head, thorax, and abdomen. They have a pair of jointed antennae that can be extended forward when investigating an object. Unlike other ants, however, young queens have a pair of wings. These are only used for the nuptial flight, and are later detached either by the queen herself or chewed off by her worker ants. 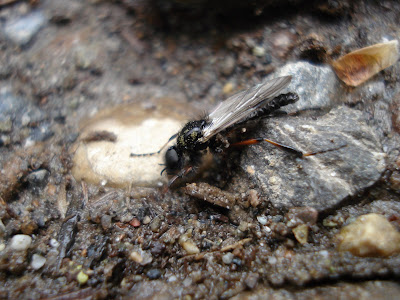 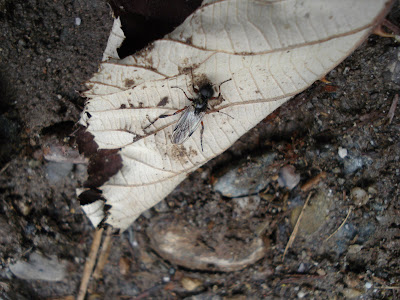 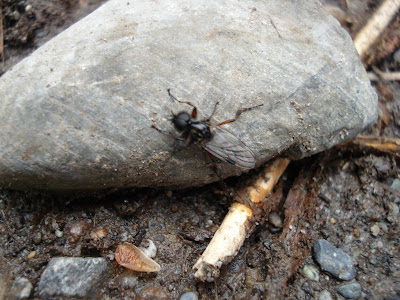