Yesterday we went to Nisqually National Wildlife Refuge, a wildlife preserve operated by the United States Fish and Wildlife Service on the Nisqually River Delta near Puget Sound.  It's just off I-5, south of Tacoma and Lakewood, WA, and north of Olympia.  We've been there three times now and have enjoyed each visit.  There is an entrance fee station in front of the visitor's center building.  The cost is $3.00 for families (they say for 3 or 4 adults; children are free).

If you decide to visit, you'll enjoy the descriptions shared on Nature's Calendar of what it's like at the refuge during the different months of the year.  It's fascinating how it changes throughout the year. For this month, October, it says that, due to migration, waterfowl numbers are increasing and wintering songbirds are starting to arrive. Also, you might see eagles and peregrine falcons there searching for food to catch.  Note that they allow waterfowl hunting on some of the tideflats on the refuge during much of October until January 30th.  I wanted mention that so families with tenderhearted children will be aware in case gunshots can be heard while walking on the trails during those times.

On our walk yesterday a calm peacefulness permeated the air (except when my children started to bicker ;) ) and huge gray clouds hung overhead.  We saw some birds, and we heard a whole lot of birds!  Every once in a while we felt a few sprinkles.  Toward the end of our walk it really started to rain.  It was great timing!

One of the birds we saw was a great blue heron. After walking on the sturdy wooden boardwalk through the forested wetland area, we reached the raised gravel walkway that goes out to an area with more open water.  After traveling on the gravel path to almost the end of it we saw the great blue heron.

We felt so excited to see the great blue heron! They are beautiful birds!  BirdWeb describes them as ". . . a large bird, with a slate-gray body, chestnut and black accents, and very long legs and neck," and explains that, "In flight, it looks enormous, with a six-foot wingspan."  We even got to hear it squawk once as it took off to fly to a different spot!

We saw some more things at Nisqually National Wildlife Refuge I want to share about, too, hopefully later this week, but today since it's Blue Monday, I especially wanted to share with you about the great blue heron. 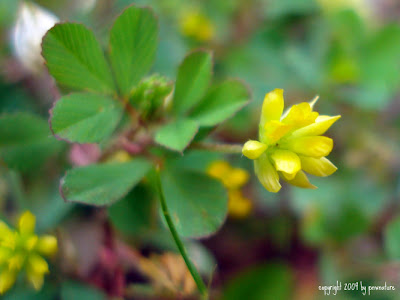