Last week we visited a small beach in Steilacoom, WA, that we hadn't been to in a quite awhile. We didn't know the name of it, and we didn't see a sign. For a brief moment I thought it's name was "Addl Park" because the bushes partly hid the words on this sign, but then I laughed when I realized my mistake! 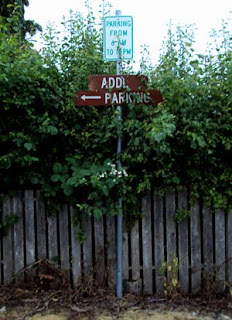 After some googling, I finally found it's real name—or actually, real names plural. Navigation charts list it as Gordon Point. Here's a link to a chart where you can see a chart online check that out: http://www.charts.noaa.gov/OnLineViewer/18448.shtml But most people know it as Saltar's Point Beach. To learn more about its history, what it used to be like and how it got its names, here is a link and a book that share some interesting information: http://themossback.tripod.com/townsteilacoom/saltarspt.htm

Saltar's Point Beach is a small, beautiful, rocky beach. It's reached by walking across a bridge which goes over train tracks and then going down a flight of stairs.

If you have a child who loves trains, this is a great place to watch them.  My little boy kept running up the steps and to the bridge each time we heard a train coming!  It was very good exercise. ;) 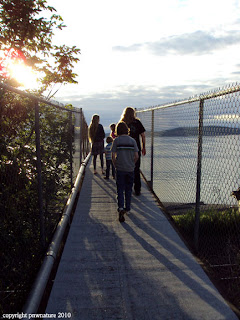 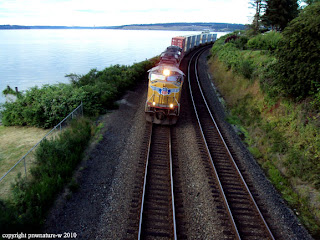 Here is a picture of the bridge that my older daughter took while
standing on the beach. You can see some of us standing up there
waiting for the train! 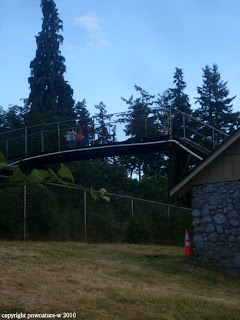 Saltar's Point Beach is across from several small islands. In
this picture you can see McNeil Island on the right and Anderson
Island further back on the left. 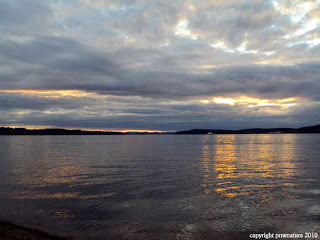 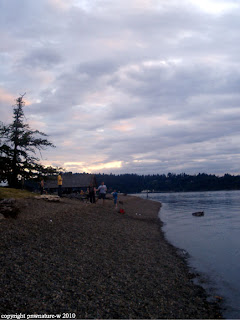 You can watch the ferry from Steilacoom go by: 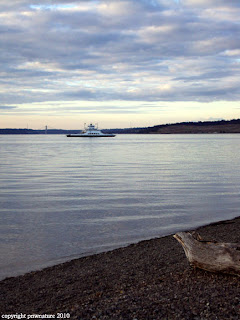 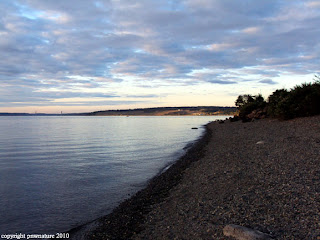 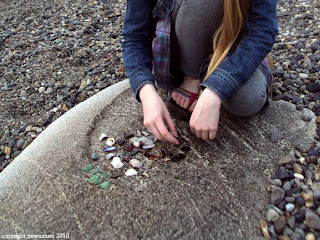 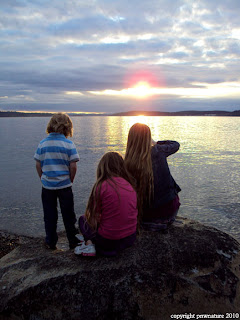 A picture my older daughter took while
sitting on the rock in the above picture: 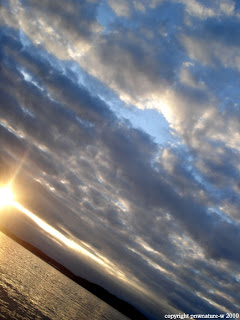