We went to Sunnyside Beach Park in Steilacoom, WA, again, and had a really fun time. We went yesterday because the tide was so low -- it went down to -3.1 (you can check out the tides here: http://www.saltwatertides.com/dynamic.dir/washingtonsites.html#puget). I was hoping to see some neat sea animals, and we did!

Here are some of the cool ocean creatures we found. . .


We think these are sea anemones
with barnacles on either side: 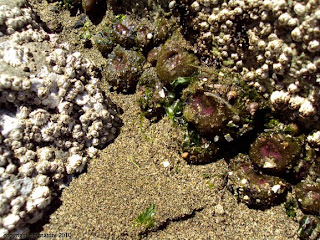 Here is a neat crab with a light-colored body and dark legs: 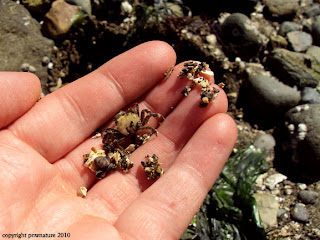 He blends in so well with his surroundings: 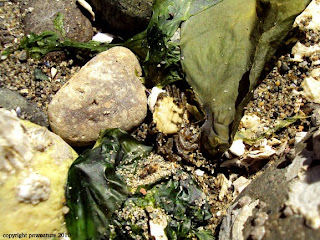 This is a starfish that at first we thought had died because we found him just lying there on the beach upside down, and he didn't seem to move when held. After a few minutes, though, while I was holding him I noticed a leg had started moving. We put him in the water, and I sure hope he lived. His orange color is so pretty! 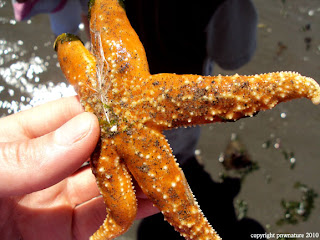 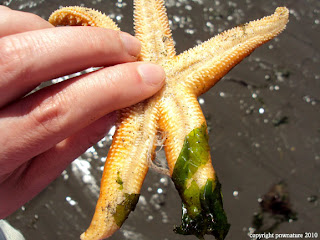 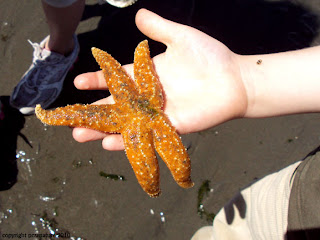 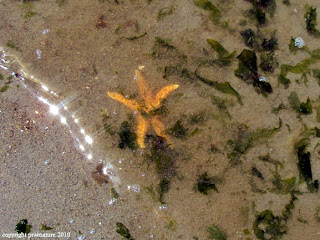 Here is a hermit crab! At first sight it seemed to be a sea snail, but when it was picked up, we were surprised when a little creature poked his legs out!  Wikpedia says, "Most frequently hermit crabs use the shells of sea snails; the tip of the hermit crab's abdomen is adapted to clasp strongly onto the columella of the snail shell. As the hermit crab grows in size, it has to find a larger shell and abandon the previous one. This habit of living in a second hand shell gives rise to the popular name "hermit crab", by analogy to a hermit who lives alone." 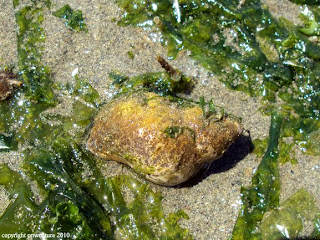 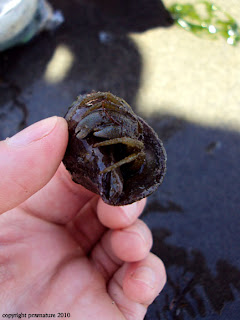 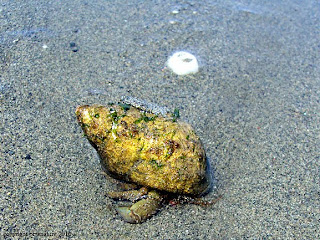 Below is a type of mollusk (in the class "Bivalvia"), but I'm not sure what exactly it is. If you know, please share! At first it looked very much like (very unusual) two-toned rock, so I bent down to pick it up, and the top part opened up! And then it closed and then opened it again! It was clearly not just a rock. ;) 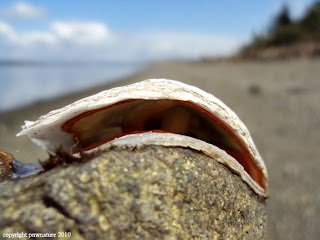 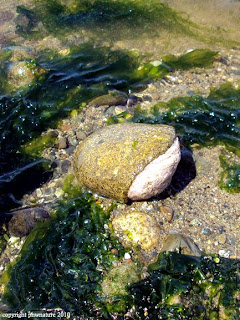 And this last picture if of an interesting creature I haven't a clue as to what it is. If you know what it is, please let me know!  :-) 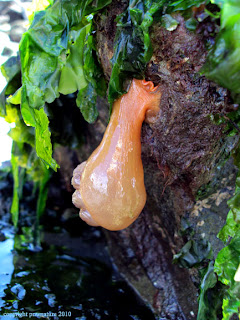