We have a love/hate type of relationship with our blackberry bushes. We love, love eating blackberries. One of our favorite things is blackberry pie. There will be a lot of berries ripe toward the end of August, and my mouth waters thinking about it.

Another benefit is that they have many nutrients and antioxidants. Even their seeds are really nutritious. Wiki's page on blackberries says,

The bad thing, though, is that blackberry bushes (especially the himalayan blackberry) would take over the whole yard if allowed to do so. They provide food and shelter to many animals, which is wonderful and one reason why it's better if removal of bushes isn't drastically fast, but sadly their aggressiveness crowds out native plants. We are trying to control the bushes in our yard, but it's a daunting task. Chemicals are so dangerous to the environment and to wildlife that we want to avoid them and are trying slower means of control. The Noxious Weeds section of King County's website says that,

Blackberry can be controlled by digging, mowing, herbicide, plowing, and/or livestock grazing (especially goats). Removal of top growth by mowing, cutting or grazing with goats will eventually kill blackberry if done regularly and over several years. Cutting followed by digging up root crowns is much more effective than cutting alone.

We've toyed with the idea of getting a goat, but I'm guessing that's probably not going to happen. Right now our plan involves a whole lot of cutting and quite a bit of digging. I've worked on pulling down the old stalks that had climbed up in the trees, and we cleared an area of blackberry bushes and planted our garden there.


What the area where we planted our garden looked like before we finished clearing it out: 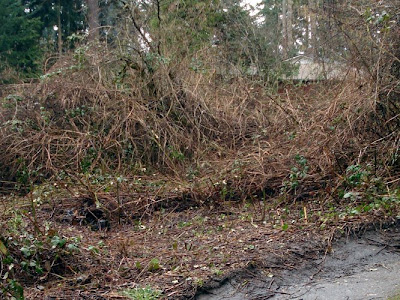 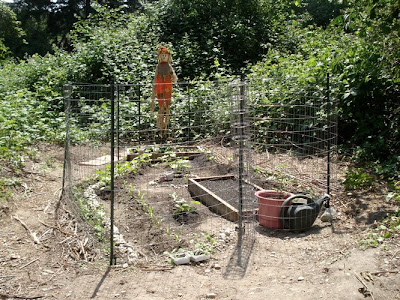 Blackberry bushes are very hardy plants. We had a colder and more snowy winter this year than usual here in the pacific northwest. The blackberry bushes got totally flattened out. I knew they'd start growing again, but I thought perhaps we might not have so many berries this year. However, looking at all the blossoms, I think we'll have a pretty good crop. 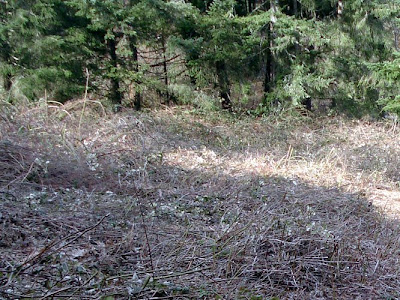 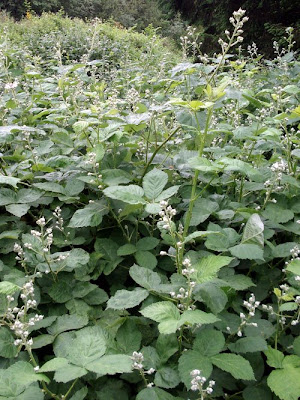 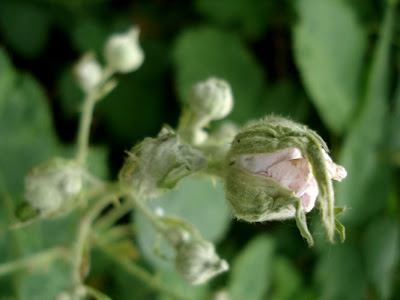 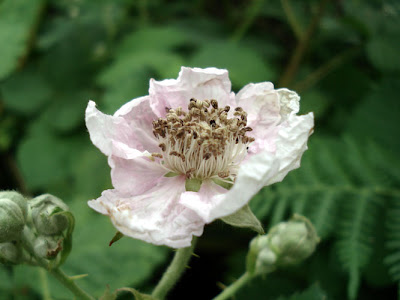 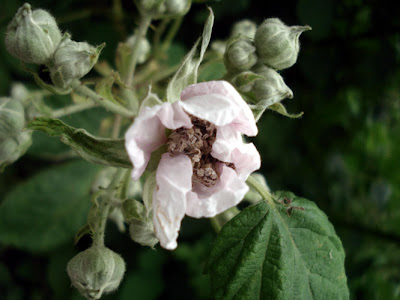