I just found out about Picasa's cool free photo editing software which is wonderful for making mosaics. I downloaded it today, and I have three mosaics to share tonight that I made using it. These are pictures from October so far. . . two walks, a visit to Lattin's Country Cider Mill and Farm, my son's birthday, and apple day.
This first one is made from pictures taken by my little boy who just turned six and got a camera from his grandma for his birthday. 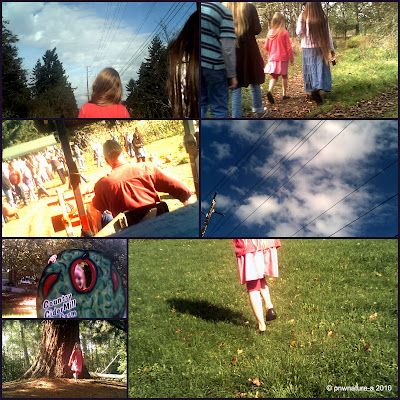 This one is made from pictures taken by my nine year old daughter. She just got her camera recently, too. They both have the same type of camera. 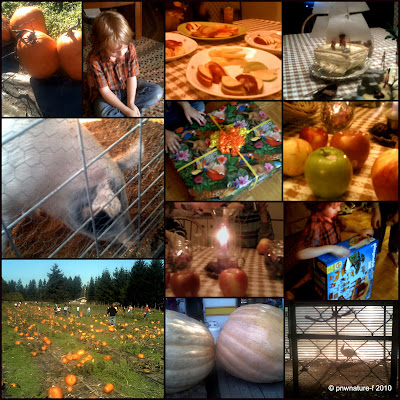 This one is made mostly from pictures taken by me, several by my older son, and one by my older daughter. 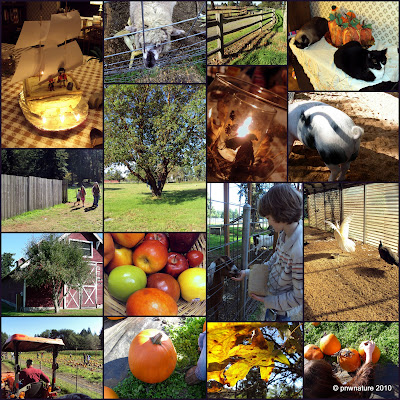