It had been over an hour and a half since we started our journey down Sequalitchew Creek Trail. After we walked the long trail and reached the huge, rocky beach, when we saw the cement boat, which was our destination, in the distance, it looked so far away and tiny!  As it got closer and bigger our anticipation grew!  We hurried to reach it, not only because we were looking forward to seeing it, but also because the tide was just reaching low tide for the day, and we wanted to make sure we had plenty of time before it came back in. 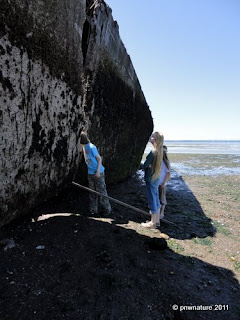 When we reached the shipwreck (after watching the sea lions for awhile) we wondered how to climb inside. We soon realized that the way to get inside was through one of the cracks on either side of the ship. The ship was cracked in the middle, and there were skinny metal rails leading up to the cracks. Which side looked safest to get into? That was our next thing to figure out. Those climbing inside decided to choose the side that was the lowest to the ground.  Only my older three children (15, 12, and 10) went inside. . . my husband, younger son, and I stayed on the ground outside the ship.

The squeeze was kind of tight.  My son wants to wear long sleeves next time because the walls are so rough. They had to be careful as they walked on the floor because there was a hole near the entrance. They found out that there was a wall inside that they had to squeeze through, too, to get to the other side of the ship. On the other side were the ladders up which to climb to get to the top of the ship. (See this post for more pictures inside the ship.)

After looking around inside awhile, my older two children climbed up one of the ladders to get on top of the ship.  They decided to climb up only on one side, because on the other side the top of the ship slanted so steeply.  My younger daughter climbed into the ship, but she didn't go on top of the ship.  She was wearing flip-flops, and I was concerned that her footing might not be sturdy enough in that type of shoe.  The poor thing, though, started to get really nervous about being in there due to the spiders she began noticing on the ceiling. 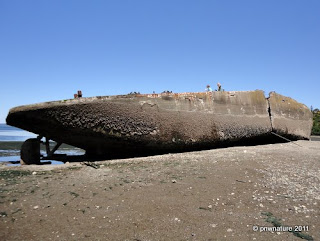 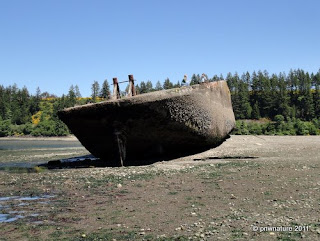 My older two enjoyed being on top of the ship. It was so high up!  The view was wonderful as you can see from the pictures below that were taken by my older son from on top of the ship. My older daughter was a little nervous reaching her foot towards the ladder as she climbed down, but they both made it without incident.  And my younger daughter, though glad she went in, was very relived to get out after being in the bottom part of the ship with those spiders. *shudder* (((hugs))) to my daughter!
We hope to go back again to ship, probably next spring!  Yesterday we took a trail that was above the Sequalitchew Beach.  See the line of trees in the picture below?  Behind the trees is where the trail is that we walked.  I'll post some pictures tomorrow of the ship that we took from that vantage point. The tide was in when we took the pictures yesterday, so it's really neat to see how different the tide and the shoreline looks when the tide is in. 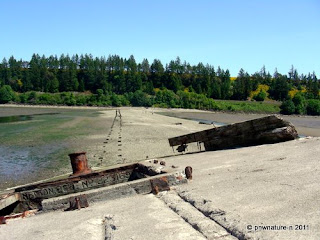 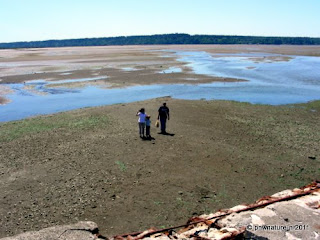 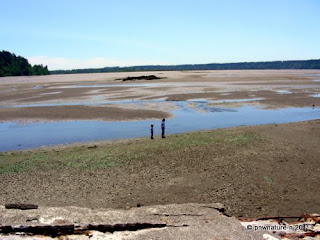 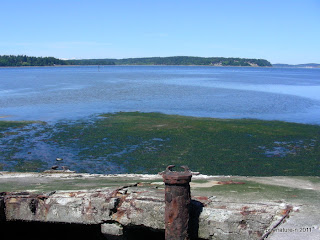 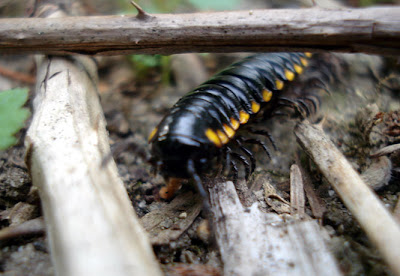