My younger daughter determined to try and build a nest, so after looking at a bird's nest her older brother found last year that had fallen out of a tree, she collected twigs and moss and made mud.   She put them together and created a nest! 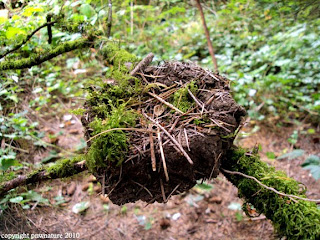 
Here is the nest that her older brother found last year: 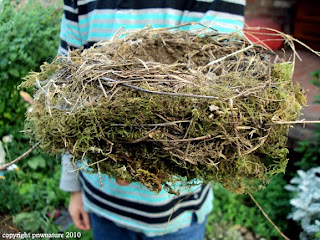 Here are the two nests side by side: 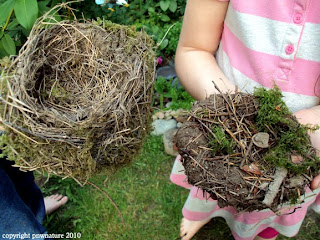 This week we watched Nature's show on the American Eagle online.  We really enjoyed learning about the American bald eagle.  They are such majestic birds, and their nests are amazing.  My younger son decided to try and build a nest modeled after an eagle's nest.  He had fun (it was completely his own idea!) collecting sticks on two different days and making a nice pile of approximately 1,000 sticks!   He was very proud of his piles of 1,000 sticks!
I think this is the pile when it was around 750 sticks: 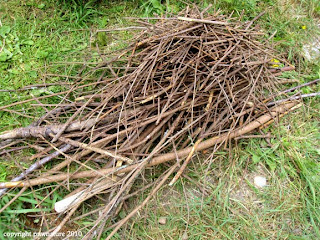 I helped him build his nest, and his sister helped some, too (especially with the mud. . . she's great at making mud!!).  Here he is working on his nest: 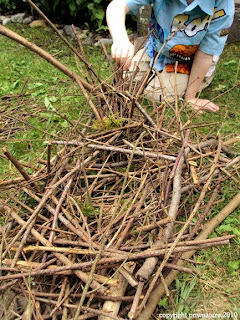 And here it is finished! 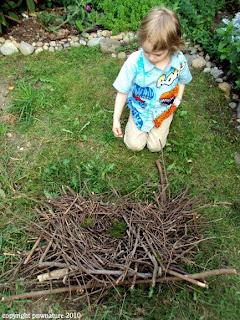