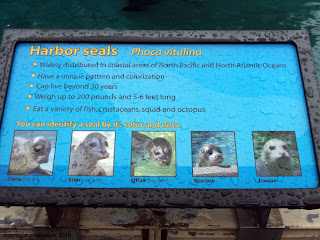 A little over a year ago, on May 31, 2009, Beethoven the Beluga Whale left Point Defiance Zoo in Tacoma to live at Sea World in San Antonio, TX. He's an amazingly beautiful animal, and we sure miss him.

Five harbor seals now live in the old beluga whale exhibit. They are not as majestic as beluga whales. They look like such sweet animals, though, to me, and wise, too. When I see them I think of the selkies in the movie The Secret of Roan Inish. Here is how harbor seals are described on Wikipedia:

With each individual possessing a unique pattern of fine, dark spots (or light spots on a dark background in some variants), they vary in colour from brownish black to tan or grey; underparts are generally lighter. The body and flippers are short, with a proportionately large, rounded head. The nostrils appear distinctively V-shaped; as with other true seals, there is no ear flap, or pinna. A relatively large (for a seal) ear canal may be visible behind the eye. Including the head and flippers, they may reach an adult length of 1.85 meters (6.1 ft) and a weight of 55 to 168 kg (120 to 370 lb). Females are generally smaller than males.

Seaworld.org has some more information about Harbor Seals.

Below are some pictures of the harbor seals at Point Defiance Zoo.


It's sure true that the "nostrils appear distinctively V-shaped. . . "
(my older son took this picture and the one below it) 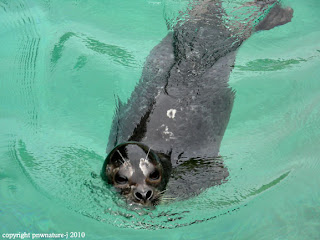 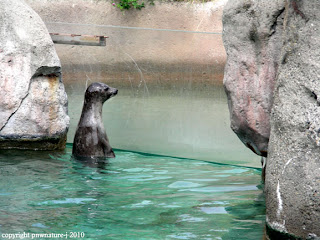 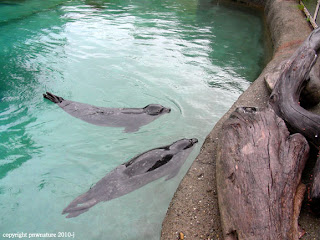 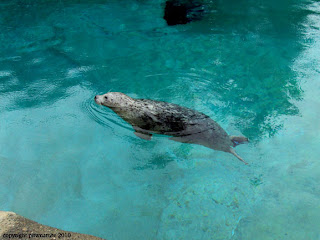 They have spots on their bodies for camouflage! 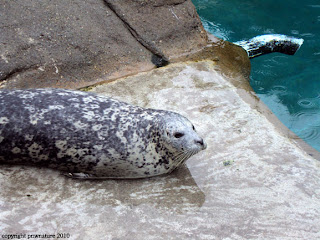 They have such neat flippers! See their claws?
(my older son took this picture) 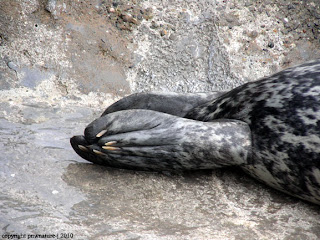 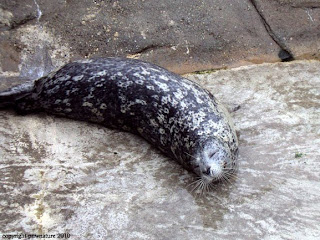 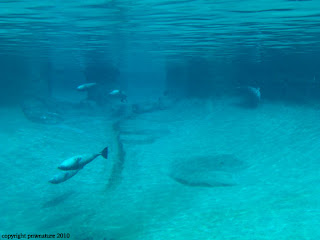