Last night our family went on a really nice walk over the Narrows Bridge in Tacoma.  The bridge is amazing, and the view is spectacular. Wikpedia describes says the Tacoma Narrows Bridge "is a pair of twin suspension bridges in the U.S. state of Washington, which carry State Route 16 (known as Primary State Highway 14 until 1964) across the Tacoma Narrows strait of Puget Sound between Tacoma and the Kitsap Peninsula."

Here are some pictures my daughter and I took on the walk.  It was so fun to take pictures that we have a  bunch more, so I'll be posting pictures of the bridge later this week, too.  I took the first and the last pictures, and the awesome angle shot pictures were taken by my older daughter. 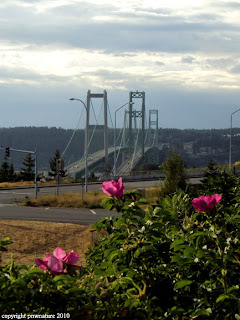 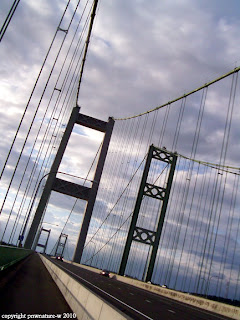 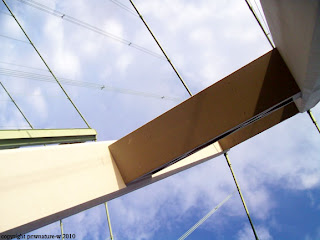 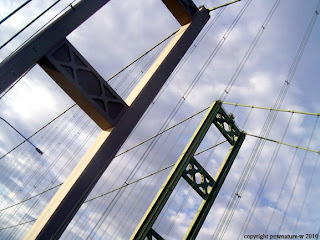 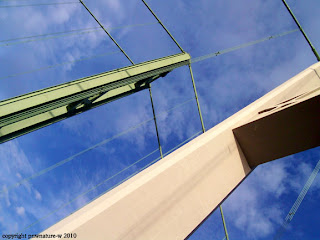 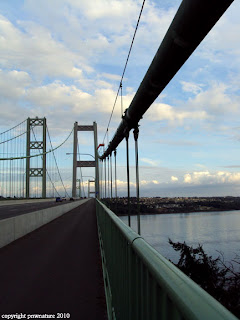 If you bridges you'll enjoy seeing other bridges people have posted at Sunday Bridges!
Email Post