Skip to main content
Labels
Posted by JayLeigh May 14, 2009 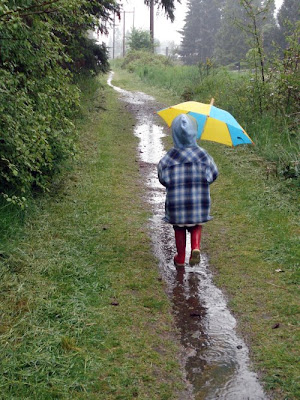 Yesterday during a rainy walk at Fort Steilacoom Park in Lakewood, WA, my four year found a flower we hadn't seen before. His proximity to the ground and, of course, his acute powers of observation ;) seem to help make him good at finding new flowers, and he was so pleased about the new flower he found! It was nearby some camas flowers.

I think the flower he found is called a checker lily (Fritillaria affinis). I first identified it using the Lewis Clark's Field Guide To Wildflowers of Forest & Woodland in the Pacific Northwest

, and then I looked at other sites on the internet, including Wikipedia, to try and verify that was the flower we found. Here is what Wikipedia says about the Fritillaria affinis:

It grows from a bulb, which resembles a small mass of rice grains. The stems are 10-120 cm tall. The flowers are produced in the spring, nodding, 1-4 cm, yellowish or greenish brown with a lot of yellow mottling to purplish black with little mottling, or yellow-green mottled with purple. The leaves are in whorls.

Its habitat includes oak or pine scrub or open woods and thickets near the coast.

Here is a picture I took of it: 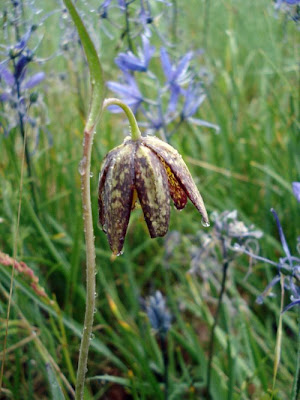