Skip to main content
Labels
Posted by JayLeigh May 18, 2009

an essay written by my 13 year old daughter 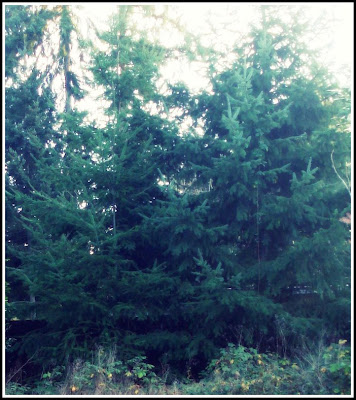 When I was eleven I had a place I would go when I was sad or angry or happy, or, best of all, whenever I wanted to. It was in our back yard, next to the fence. There were four short pine trees that formed a little circle, and I would like to play under them. Sometimes I wrote stories in it, sometimes I built "Fairy Houses" (little houses made with sticks, moss, flowers, pebbles, and other stuff you can find outside). One of the trees, which I named "The Lookout Tower," was big enough to climb up and look over our house and and into the park. My favorite tree, though, was the one nearest the pathway, because it was near a grassy place (all the other trees were over a bunch of pebbles and moss). The medium-sized one was near the fence, and I could use the first branch as foothold, and look over the fence and into our neighbor's yard. The smallest one was off to the side, so I never paied much attention to it. But without even one of these trees, it would not be my little "Four-est."

I think you now get the basic idea of what my Fourest looks like, so now I'm going to tell you the little details about it, which, in my opinion, is the most important part. Where to start? Fourest has lots of little details, especially for being such a small place. Well, I think that the first thing you notice when you walk into that little place in our back yard is that the pine needles prick you, and, believe it or not, that that feels very nice. The second thing you notice is that it smells of pine needles, which is a very nice smell. Fourest is behind a very small hill (three or four inches high), and the grass is tall, and the trees cover you, so when you walk in it, nobody can see you very well. Nobody could figure out where I went when I went in our backyard for about three weeks. Then my brother found the place, and he played in it too, but he usually let me alone in it. Another thing you will notice when you walk in is that there are lots of pebbles under the trees, and that some are very pretty. I have found a lot of white rocks there, which I happen to collect. The Lookout Tower is pretty close the fence, so I can see our neighbor's backyard very well from it. Fourest is a great place to daydream, which I like to do a lot.

My writing book says to ask yourself "Why is this place important to you?" and "How would you feel if this place was no longer there?" Well, I think I've already answered why Fourest is important to me (though not directly). I think that you probably know how I would feel if it ceased to exist. But I'll answer that question directly, because I think that Fourest may be cut down in the near future. You see, we moved away about a year ago, and people are going to move in to our old house soon. And, knowing how people are, they may think that Fourest is a nuisance, or they may use one of the trees for Christmas. And how do I feel about this? Well, I feel sad of course, for the thought of loosing this great friend. Is it silly to think of a place as a friend? I don't really think so. 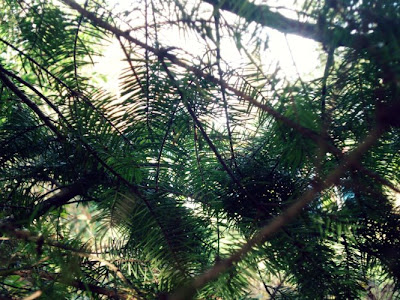