Skip to main content
Labels
Posted by JayLeigh May 20, 2009

(This picture was taken by my ten year old son.) 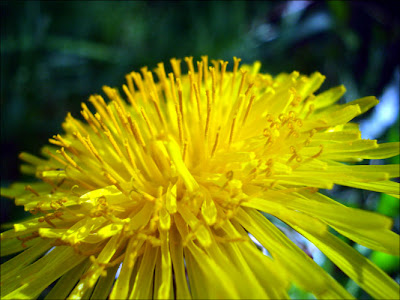 You'll probably want to tweak this recipe a little to suit your needs, but it gives you a good example of how to make batter without eggs or cow's milk. I'm going to try using raw sugar next time instead of stevia, and I think I might add a little extra rice milk next time because my batter was a little thick, though it cooked up just fine. I'm not sure how many dandelion heads I cooked, but I think it was probably somewhere around 25, and there was batter left over.

After walking outside and picking dandelion heads off their stems (when the sun is out sometime in the afternoon is a good time to pick them). It's important to pick dandelions that haven't been treated with pesticides. Wash the dandelion heads well. 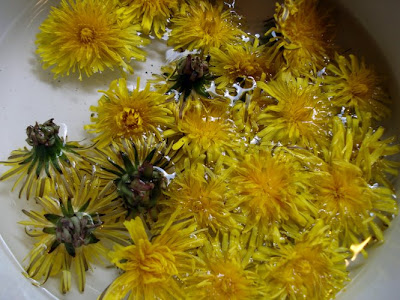 Heat olive oil in a skillet at medium temperature. In a bowl, mix together the rice milk, cornstarch, and baking powder. Add the whole wheat flour and salt and mix until the batter is about the consistency of pancake batter. Dip each dandelion head into the batter until coated and carefully put it in the oil to fry. Fry on each side for about 1-2 minutes, until brown. 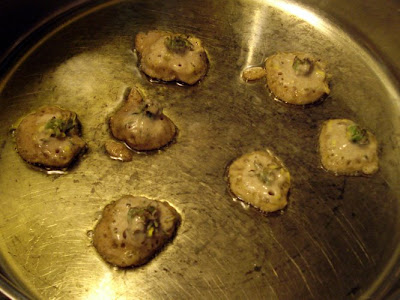 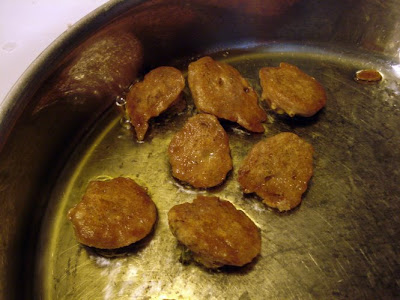 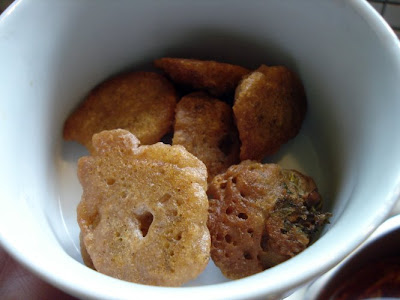 Here are comments the kids gave after trying out the dandelion fitters:

8 year old - "It tastes good, but it tastes a little-teeny weird."

13 year old - "It tasted all right. It tasted like a dandelion (I've tasted it [a dandelion] before actually). But it didn't taste gross. It tasted nice. . . different, though."

10 year old - "Weird tasting. The aftertaste doesn't taste too good. That one top part from the thing [the green part underneath], it tastes sort of sour. It's a bit squooshy and stringy."

4 year old (said while busily watching Veggie Tales, so while not paying much attention to my question) - "The dandelion fritter is good."

As you can see, the response wasn't overwhelmingly positive ;), but I think the fritters turned out really well and that it was a fun experience. I'm really glad we tried it, and I hope to try it out again. :)
Email Post
Labels: flowers recipes spring